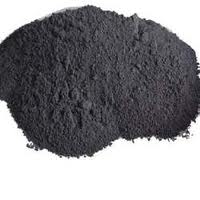 Products from producer
In stock
Reconfirm the price with seller
Asbury Carbons, Inc.
USA, Asbury Park
(View map)
+1(9
Display phones
Call
Products of other enterprises
Description
Synthetic graphite is a manufactured product made by high-temperature treatment of amorphous carbon materials. In the United States, the primary feedstock used for making synthetic graphite is calcined petroleum coke and coal tar pitch, both of which are composed of highly graphitizable forms of carbon. The manufacturing process consists of various mixing, molding, and baking operations followed by heat-treating to temperatures between 2500 C and 3000 C. The ultra high heat treatment temperature is required to drive the solid/solid, amorphous carbon-to-graphite phase transformation. The morphology of most synthetic graphite varies from flakey in fine powders to irregular grains and needles in coarser products. Synthetic graphite is processed at ultra high temperatures, and impurities contained in the precursor carbons are significantly reduced in concentration during processing. This occurs as a result of the high temperature vaporization of volatile impurities, which at the process temperatures utilized includes most metal oxides, sulfur, nitrogen, hydrogen, and all organic components that were part of the original petroleum or coal tar pitch. As a result of this thermal treatment, virtually all synthetic graphite products are high purity. Synthetic graphite is available in particle sizes from 2-micrometer powders to 2 cm pieces. Purities are typically 99+% carbon. Synthetic graphite is used in many applications including but not limited to friction, foundry, electrical carbons, fuel cell bi-polar plates, coatings, electrolytic processes, corrosion products, conductive fillers, rubber and plastic compounds, and drilling applications.
Contact the seller
Synthetic Graphite

We recommend to see
Graphite
Send inquiry
Buy
Contact supplier
Your question has been sent successfully
Consultants of the shop typically answer questions during the day.