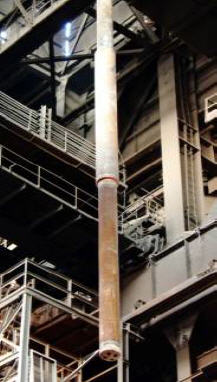 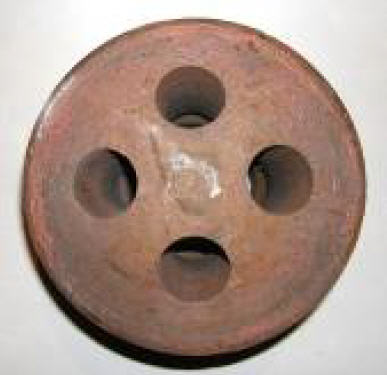 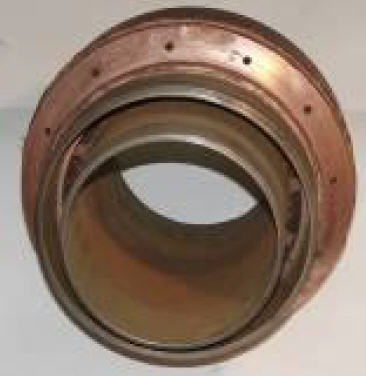 Development is designed for blowing the bath converter in oxygen converter with shaft metalation warning, providing calm purge and partial combustion of waste gases with heat transfer bathroom. It provides effective finite bleeding converter of slag on the converter lining.

A patent of Ukraine was received.

Similar tuyeres can be equipped the converter shops of metallurgical enterprises of Ukraine and other countries.

There were confirmed expected characteristics. An industrial design was made. The pilot - industrial test was conducted.

The tip of the tuyere has resistance increased in 2. 5 times in comparison with standard welded tips. Upper nozzle unit with 8 - 24 - cylinder nozzles for the formation of the oxygen veil (3 - 10% of costs from the main oxygen) or nitrogen jets. Metalation warning equipment is provided, increase of specific oxygen injection intensity in12 - 15% , reduction of blowing up durability in 3. 5% , increasing the dephosphorization degree of the melt and the yield of a suitable by 4. 0 and 0. 15% respectively, decrease in content sulfur at 0. 002% , increasing the proportion of lime in the metal charge in 3. 0% . There is used the principle of fixed split oxygen flow or two regulated flows of primary and secondary oxygen with the possibility of replacing them with nitrogen during purging baths.
Subsonic oxygen jet from the top nozzle block create a veil over the blowdown area with partial afterburning gases, prevent the intensive droplets removal of metal and slag outside the converter and notice the lance of the tuyere.

We recommend to see
Units for special electrometric processes
Converter tuyeres
Other equipment
Send inquiry
Buy
Contact supplier
Your question has been sent successfully
Consultants of the shop typically answer questions during the day.