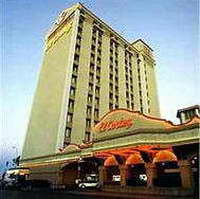 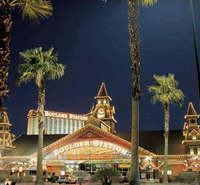 Nevada
Las Vegas, 1 Fremont Street Las Vega, USA 89101
Cost of number from 45.00 USD
Geographical position
Most of Nevada lies within the Great Basin of the Basin and Range region of North America. The rivers in the southeast belong to the Colorado River system, while those of the extreme north drain into the Snake. Like the Humboldt, most Nevada rivers go nowhere, ending instead in desolate alkali sinks—except where they have been diverted for irrigation and reclamation, as by the Humboldt project, the Newlands project, and the Truckee River storage project.

The alkali sinks and arid stretches clothed with sagebrush and creosote bush typify Nevada's landscape. Its mountain chains generally run north and south, further segmenting the state. On the California border stand the lofty Sierra Nevada [snowy range]. In the driest state in the nation, days and nights are generally clear. The mean elevation is c.5,500 ft (1,676 m). In the north and west winters reach extreme cold, while in parts of the south the summers approach ovenlike heat.

Carson City is the capital; Las Vegas is the largest city, and Reno the second largest. Outside the cities, visitors are attracted to Hoover Dam and Lake Mead, with its facilities for fishing, swimming, and boating; Lake Tahoe and Death Valley National Park, both on the California line; Lehman Caves National Monument; Great Basin National Park; and restored mining ghost towns like Virginia City.