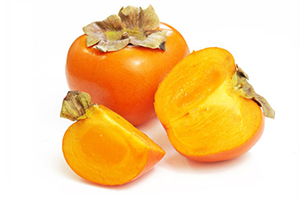 This exquisite fruit is native to China. Its cultivation began approximately 2000 years ago and it is also known as Diosphyros chinensis.

From China, its cultivation spread to Japan and Korea. Thanks to Marco Polo’s travels, the fruit reached the European shores, but it’s cultivation started in the middle of 19th century in California.