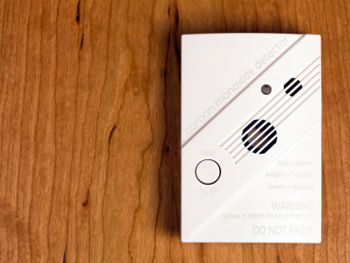 Carbon Monoxide (CO), also known as "The Silent Killer," is the leading cause of accidental poisoning deaths in America. Sources include improperly operating gas heating or cooking equipment, vehicles running in an attached garage or it can even seep naturally from the ground into your home.

Many people do not know they are suffering from CO poisoning until it is too late. Upon exposure, CO replaces oxygen in the bloodstream, causing suffocation. Symptoms of mild CO poisoning include flu-like symptoms and difficulty breathing. Victims exposed to high levels of CO can become seriously ill or die within 15 minutes.

Allstate Security installs CO detectors that are integrated with your security system and monitored 24/7. Should CO concentrations reach a dangerous level, you will be notified by the CO detector, control panel and our award winning, UL-listed, CSAA Five Diamond Central Station.
Contact the seller
Carbon Monoxide

We recommend to see
Installation of security system
Send inquiry
Buy
Contact supplier
Your question has been sent successfully
Consultants of the shop typically answer questions during the day.