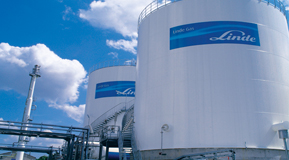 In stock
Reconfirm the price with seller
Ozarc-Gas Equipment & Supply, Company
USA, Cape Girardeau
(View map)
+1(5
Display phones
Call
Products of other enterprises
Description
Atmospheric gases are the gases normally found in the air around us. They include air, argon, carbon dioxide, helium, nitrogen and oxygen.

Of these gases argon, oxygen and nitrogen are produced primarily by the separation of air into its constituent components. This is normally achieved by reducing the temperature of the air until each component liquefies and can be taken away.

Of the two other gases in this section carbon dioxide is produced as a by-product of several chemical processing procedures.

Helium occurs naturally only in the earth's crust where it has been trapped in non-porous rock pockets, in a similar way as oil is found. These helium 'wells' are only found in certain areas of the world that possess the right type of geology, making helium a rare and expensive gas.

Each of these gases has its own unique properties but together they provide a life sustaining mixture that has maintained its components, if not their ratios, for many millions of years.

The majority of atmospheric gases are classified as unreactive or inert, and it is only the oxidising gases, oxygen and carbon dioxide, that react readily with other elements. It is these and other properties of the atmospheric gases that are fully exploited by industry processes
Contact the seller
Atmospheric Gases

We recommend to see
Gases
Send inquiry
Buy
Contact supplier
Your question has been sent successfully
Consultants of the shop typically answer questions during the day.