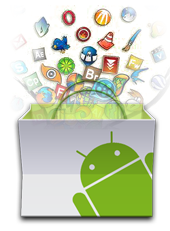 Google announced the Open Handset Alliance and the Android development platform along with first beta version of the Android Software Development Kit (SDK) in November of 200s7. Within a few months, over 1 million people downloaded the android development SDK from the Google's website. T-Mobile first announces the G1 Android Mobile phone and before the end of the year several thousand mobiles were sold.
Contact the seller
Android App Development

We recommend to see
Services for development of software
Send inquiry
Buy
Contact supplier
Your question has been sent successfully
Consultants of the shop typically answer questions during the day.