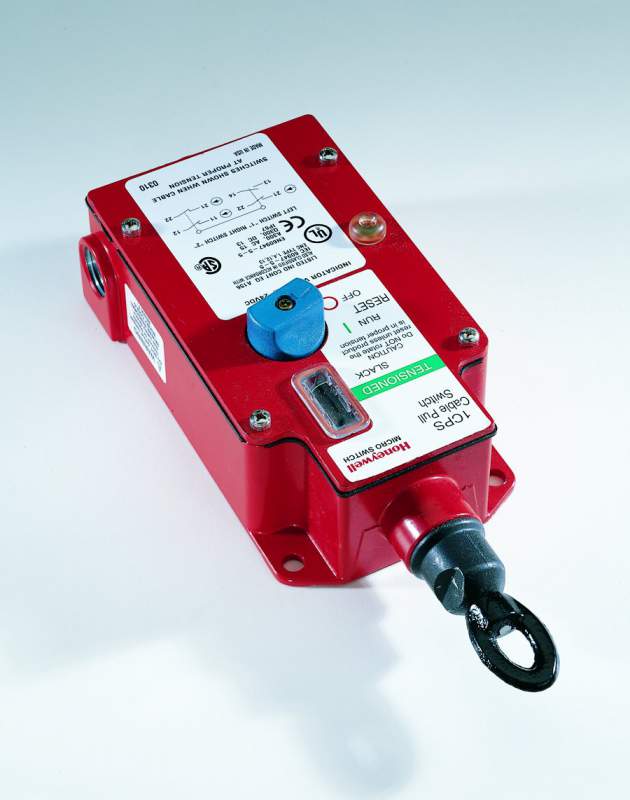 In stock
Reconfirm the price with seller
CBC Electronics, Company
USA, Sorrento
(View map)
+1(3
Display phones
Call
Products of other enterprises
Description
The 1CPS Cable Pull Safety Switch is intended for use in applications with the cable runs up to 76 m [250 ft], such as conveyor runs within defined system zones. It is a cost-effective means of providing this emergency stop signal compared to multiple emergency stop push buttons. (Cable Pull Safety Switches are not, however, to be used as a means of personnel safeguarding. They may be used to prevent further injury or damage to equipment when used for emergency stop signaling.)

The 1CPS Series Cable Pull Safety Switch is designed to provide emergency stop protection for exposed conveyor lines. The internal mechanism latches on both slackened cable (push) and pulled cable. This capability enhances productivity by eliminating nuisance stops due to variations in temperature, stretch of cable over time, and other application variables.

A line in the midpoint of the cable tension window indicates proper cable tension, providing easy and intuitive set-up. The direct acting switch contacts are held closed when the actuating cable is under proper tension and the reset knob is set to RUN. When the actuating cable is pulled, slackened or broken, a cam positively opens the NC (Normally Closed) switch contacts. The snap action, trip operation causes the switch contacts to change state and mechanically latch almost simultaneously when the cable is pulled, slackened or broken. The NC switch contacts remain open until the 1CPS is reset by properly tensioning the cable and manually rotating the reset knob.

We recommend to see
Electrical production
Send inquiry
Buy
Contact supplier
Your question has been sent successfully
Consultants of the shop typically answer questions during the day.